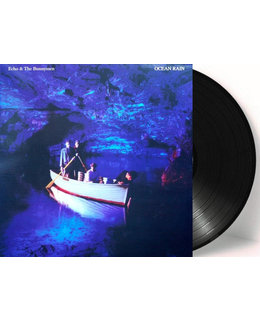 2021 EU reissue on 180g vinyl LP =including "The Killing Moon," Ocean Rain emerges as Echo & the Bunnymen's most beautiful and memorable effort.

Rock and roll arrogance has never hemmed so close to the truth as this Ian McCulloch introduction to "My Kingdom" during the 1983 A Crystal Day concert special. Not only were Echo & the Bunnymen aware of the instant classic status of their latest LP, but the grand, majestic and fluid nature of Ocean Rain made it clear that the band had indeed set out to make "the greatest album ever made." Ironically, despite all of their work and focus, this masterpiece sounds like it was simply handed down from the gods.