Nederlands
Home I Like It When You Sleep, For You Are So Beautiful Yet So Unaware Of It 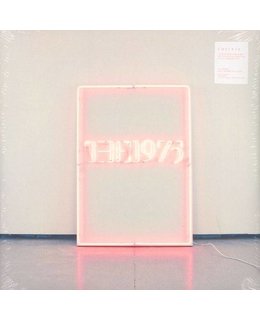 2016 EU issue on 180g coloured 2LP+download-Matthew Healy, (vocals/guitar), Adam Hann (guitar), George Daniel (drums) and Ross MacDonald (Bass) started making music together aged 14. They spent their time collecting musical influences that would later inform their hybrid sound. After signing to Dirty Hit in 2012, the band released 4 EP's, before releasing their debut self-titled album in September 2013, which went straight to No. 1 on the UK album chart.

The band's songs have become an omniscient presence in British music over the past year, their indelible art-pop tales of the thrill of life in your ‘20s striking a chord with mainstream audiences. Having topped the UK album charts and sold out every headline show to date, The 1975 have cemented their status as Britain's biggest new band.

The UK quartet return in 2016 with their eagerly awaited sophomore album I Like It When You Sleep, For You Are So Beautiful Yet So Unaware Of It (Dirty Hit / Interscope) and surefire lead single "Love Me."

C1 Somebody Else
C2 Loving Someone
C3 I like it when you sleep, for you are so beautiful yet so unaware of it 6:26
C4 The Sound

1975, the ( Nineteen Seventy Five) A Brief Inquiry Into Online Relationships