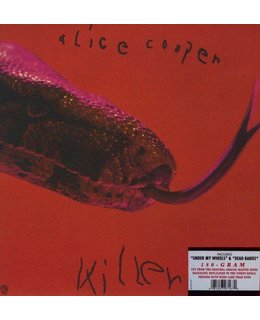 2012 EU Limited vinyl Edition 180g LP =this classic 1971 smash album Killer Impeccably mastered from the original Warner Bros tapes by Joe Reagoso, including "Halo of Flies", "Under My Wheels" & "Dead Babies". The gatefold picture sleeve is still in the stickered open shrink and has minimal wear as you would expect, whilst the vinyl shows little evidence of play

Meat Loaf Bat Out Of Hell