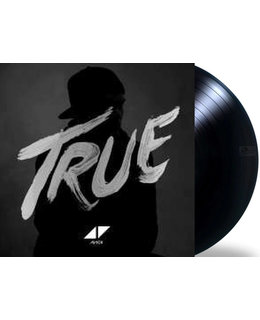 With the hypnotic and bright Grammy-nominated track "Levels," Swedish EDM DJ/producer Tim Bergling aka Avicii unleashed a global dance hit the size of "Beachball," "Blue Monday," "Starships," and maybe even "The Hokey Pokey." If the masses leave the dancefloor, "Levels" brings them back with sunshine and light, but Avicii's debut album is a sharp left turn, kicking off with the acoustic guitar strum of "Wake Me Up," a pleasant, well-written heritage pop track where "I Need a Dollar" vocalist Aloe Blacc gets thrown in a synthetic Mumford & Sons surrounding for something very non-"Levels." It's a strange jumble that works, but even more surprising is the seductive "Addicted to You," where Oklahoma singer/songwriter Audra Mae gets sultry on a song co-written by country and pop legend Mac Davis, and don't wonder long about how the results ended up sounding so Nina Simone, because the curve balls keep coming. Adam Lambert reins in his glam tactics on the Nile Rodgers-assisted "Lay Me Down" for a disco and Daft Punk swerve, while the kinetic down-on-the-farm "Shame on Me" offers a knee-slapping, EDM-meets-country rave-up that threatens to go hambone with a solo on the spoons. Country music and bluegrass keep winding their way into the album, and while it rarely smacks of a gimmick, these rustic numbers often evolve into EDM around their drum machine-introducing choruses, as if True was a remix album commission Avicii picked up while vacationing in Appalachia. In the end, it's an admirable and interesting effort where the highs offset the lows, but those with molly in hand and dancing shoes on feet should just cool their jets and get ready to sit a spell.