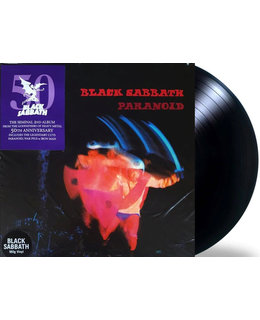 2020 EU reissue  on 180g LP = This legendary 1970's album Paranoid was not only Black Sabbath's most popular record (it was a number one smash in the U.K., and "Paranoid" and "Iron Man" both scraped the U.S. charts despite virtually nonexistent radio play), it also stands as one of the greatest and most influential heavy metal albums of all time.

AC/DC For Those About To Rock (We Salute You)