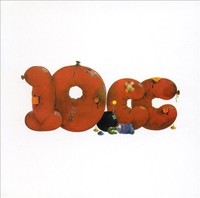 Major 70s UK pop/artrock band. The original line-up of Eric Stewart, Kevin Godley, Lol Creme and Graham Gouldman had composed together and been in the band Hotlegs (Gouldman only briefly) before forming 10cc in 1972 and signing with Jonathan King's UK Records after being turned down by Apple Records. The band's music is a blend of pop, artrock often drawing on other genres, on the debut album especially the 50s.
Their best-known song is I'm Not in Love, released in 1975. They are also at the origin of songs Rubber Bullets, Silly Love, Wall Street Shuffle and Dreadlock Holiday.

1974 - 2014 EU repressing on YELLOW vinyl 180g LP=including the top ten hit ‘Wall Street Shuffle’. If you ask any fan today to nominate a favourite track or album that sums up the 10CC phenomenon, their answer will simply be: ‘Listen to “Sheet Music”…’