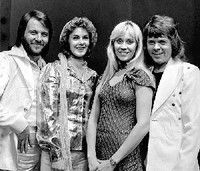 ABBA is one of the most successful bands in the world with over 200 million albums sold (and over 370 million records in total). The success began in 1974 when ABBA won the Eurovision Song Contest with the song Waterloo. Manager of the group was Stig Anderson.

( 1979) - 2019 EU remastered180g vinyl 2LP, 45 RPM in Deluxe gatefold sleeve=-the sixth studio album from one of the most famous pop-groups of all time plus the first ABBA album to be recorded at Polar Studios Stockholm. Includes the massive title-track h

(1993 ) 2014 reissue on 180g 2LP-If you only own one ABBA record it's probably this one. ABBA's 19-song Gold collection was the first hits compilationand, appearing after a period of several years in which their music had been off the market, was a welcom

(1979) 2011 EU repressiong on 180g- Includes the massive title-track hit, "Does Your Mother Know" and "Chiquitita", the 6th studio album from one of the most famous popgroups of all time plus the first ABBA album to be recorded at Polar Studios Stockholm.