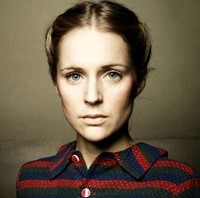 2011 EU 12-track vinyl LP - Agnes Obel is a Danish singer/songwriter and her album Philharmonics is a perfect little wonder. In some ways its like a 17th century Dutch still life of a few household objects laid out on a wellworn kitchen table a wate....

2016 EU issue on 180g LP+download = Citizen Of Glass is the third studio album from Berlin-based Dane Agnes Obel, as the follow-up to Obel's UK breakthrough album Aventine. Agnes Obel is a pure, austere, and remarkably poised singer/songwriter from ...