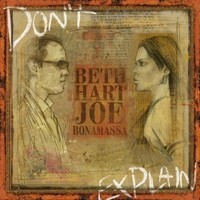 Joe Bonamassa (1977 - ) is an American guitarist, singer and songwriter.

Guitarist rookie in 2000, has a remarkable technique, cleanliness and professionalism of the sound in the studio, and a style all his virtuosity without an end in itself, it quickly becomes one of the most respected guitarists in the modern music scene.