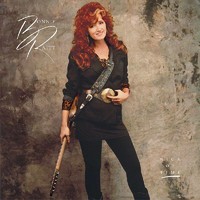 Bonnie Raitt is an American singer, songwriter and guitarist. She is the daughter of Broadway musical star John Raitt. She started playing when she was twelve years old guitar. After high school, she began to play. In rhythm-and-blues clubs In 1983, Warner Bros. broke. Records contract, partly because of alcohol and drug use, but she disappeared from the music scene in the least.

After more than 20 years of recordings and performances, Raitt achieved success with her tenth album. "Nick of Time" came to be in the United States at the top and won three Grammy Awards. At the same time she received a fourth Grammy for her duet "In the Mood" with John Lee Hooker on his album "The Healer".

2022 EU issue on 180g vinyl LP -More than 50 years have passed since Bonnie Raitt released her self-titled debut, laying the foundation for an impressive career that would spawn 16 more albums.