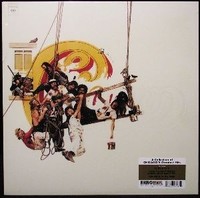 (1970 ) 2018 EU reissue on 180g vinyl 2LP-featuresChicago's live performance from Aug. 28, 1970 at the Isle of Wight, where they co-headlined with Jimi Hendrix and the Doors. It features extended free-form versions of their early landmark tracks, “I’m A M

(1989 ) 2016 EU reissue on vinyl LP - third greatest hits album, includes founding vocalist Peter Cetera and his successor Jason Scheff. It includes a remix of "What Kind of Man Would I Be?", as well as also being Chicago's last release before the dismiss