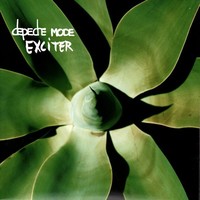 DEPECHE MODE - -Music For The Masses

( 1987 )2017 EU repress on standard LP- with hits "Strangelove," "Behind The Wheel," and "Never Let Me Down Again," this 1987's Music For The Masses lived up to its title and then some, underscoring the power and songcraft of Depeche Mode as its populari

( 1990 ) 2016 EU reissue on standard LP-with singles as “Personal Jesus,” “Enjoy the Silence,” “Policy of Truth” and “World In My Eyes.” Depeche Mode truly hit their artistic and commercial peak with the release of their sexually charged 1990 alt-classic

( 2009 ) 2017 EU reissue 180g vinyl 2LP-Sounds Of The Universe is one of Depeche's lower-key albums, but not without explosive or dramatic moments by any means. The sense of older styles and sounds - classic drum machines, earl...

( 1987 ) 2020 EU reissue on 180g vinyl LP= Some Great Reward is the fourth studio album by English electronic music band Depeche Mode, released in 1984. The album peaked at number five in the United Kingdom and at number fifty-one in the United States. T