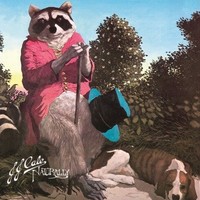 J.J. Cale (1938 – 2013) was JJ Cale or American singer-songwriter and musician who was one of the originators of the Tulsa Sound, a loose genre drawing on blues, rockabilly, country, and jazz influences. Cale's personal style has often been described as "laid back".

Songs written by Cale that have been covered by other musicians include "After Midnight" by Eric Clapton, Phish and Jerry Garcia, "Cocaine" by Eric Clapton, "Clyde" by Waylon Jennings and Dr. Hook, and "Call Me the Breeze" by Lynyrd Skynyrd, John Mayer, Johnny Cash, Bobby Bare and Eric Clapton. In 2008 he was a Grammy Award winner, jointly with Clapton.

( 1990 ) - 2020 EU reissue on coloured vinyl LP -Travel-Log is the ninth album by JJ Cale. His first album in six years finds him taking a more aggressive stance in terms of tempos and playing, although he remains a man with a profound sense of the groove

( 1974 )- 2013 EU issue on 180g vinyl LP J.J. Cale's signature laid back, bluesy style of Country Rock has distinguished him from contemporary early '70s singers. His unique sound shows on his third album Okie (1974), where he merges these influences with