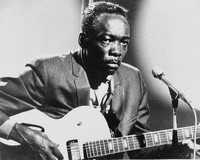 2021 EU issue 180g vinyl LP = Archie Lee Hooker & The Coast to Coast Blues Band “How could you put feeling into a song if you didn’t experience it for yourself?”- Archie. Built on a foundation of authenticity, passion and innovation, Archie Lee Hooker &

( 1960 ) 2018 us reissue Vinyl LP =Travelin' is a fine collection of deep rooted Chicago blues that helped influence the generations of rock & rollers that followed. Highlights include No S...