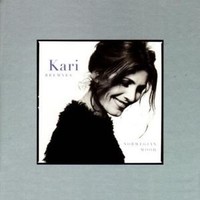 Kari Bremnes (1956 - ) is a Norwegian singer and songwriter. She got an M.A. in language, literature, history and theater studies and worked as a journalist for several years before deciding to dedicate herself to music full time.

She was influenced by Joni Mitchell, Frank Zappa, Donovan, Leonard Cohen, Bob Dylan and the Beatles.

Most of their albums are due to their excellent sound quality, especially with audiophile-oriented music listeners popular, such as the concept album Svarta Bjørn over the historically documented figure of Anna Rebecka Hofstad (or "Anna Norge"), the end of the 19th century as bunkhouses-cook for track workers hired during the construction of the swedish-Norwegian Erzbahn and thus one of the few women in a man's world was almost completely closed.

2009 EU issue on 180g vinyl - Kari Bremnes' 2009 album Ly consists of 11 newly written songs, which are quite varied in content and musically temperature. Bremnes writes about reality as she sees it, ugly and beautiful in the same frame, light and...

2006 German reissue on 180gram vinyl-With a new band and 14 new songs Kari Bremnes is releasing her ninth solo album Over en By Over a City She has written all the lyrics and most of the music On this album Kari has shifted into a new gear The essenc...

2000 -2008 reissue 180g vinyl LP ="Norwegian Mood" is the first English album of the Norwegian opera stars Kari Bremnes, one of the most successful artists in Scandinavia. The superb songmaterial their travels eighth album in the tradition...