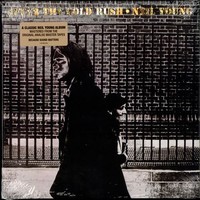 Neil Young is a Canadian singer-songwriter and musician,Young's work is characterized by his distinctive guitar work, deeply personal lyrics and signature alto or high tenor singing voice. He co-founded the band Buffalo Springfield along with Stephen Stills and Richie Furay, later joining Crosby, Stills & Nash as a fourth member in 1969. He forged a successful and acclaimed solo career, releasing his first album in 1968; his career has since spanned over 45 years and 35 studio albums, with a continual and uncompromising exploration of musical styles. The Rock and Roll Hall of Fame website describes Young as "one of rock and roll’s greatest songwriters and performers". He has been inducted into the Hall of Fame twice: first as a solo artist in 1995, and second as a member of Buffalo Springfield in 1997

(1992) - 2017 EU repressing on standard vinyl 2xLP - With backing vocals from Linda Ronstadt, Nicolette Larson & James Taylor, it is beautiful, all the way through to the end of the exquisite Natural Beauty.

Originally released September 19, 1970,After the Gold Rushis cemented in the

NEIL YOUNG - This Note's For You

2020 EU issue on standard LP - Homegrown is the 40th studio album by Neil Young. The album consists of material recorded between June 1974 and January 1975. The album was recorded after the release of On the Beach and before the sessions for Zuma.

2016 EU repressing on stadard vinyl LP - Thirty years after the double-platinum Top 10 After The Gold Rush, a classic album in rock history, Neil Young presents its acoustic-roots rock sequel, Silver & Gold. One of the most personal and revelatory al...