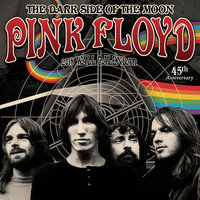 Formed in 1965, Pink Floyd initially earned recognition for their psychedelic or space rock music, and, as they evolved, for their progressive rock music. The group have sold over 250 million albums worldwide, including 75 million units sold in the United States.

( 2011 ) 2018 reissue on 180g 2LP = Features their best known tracks including 'Comfortably Numb', 'Money', 'Another Brick In The Wall, Pt. 2' and more. collection from the British Rock legends, released to coincide with the digitally remastered reissu

( 1977 ) 2016 EU reissue on audiophile 180g LP = Pink Floyd's 1977 opus, Animals, is back on vinyl LP for the first time in more than 20 years. Even better, it is finally remastered from the original master tapes and boasts reference-quality sound. Inspir

( 1979 ) - 2016 EU remastered 180g 2LP= One of the most acclaimed concept albums of all time, renowned as Roger Waters’ rock opera dealing with the abandonment and personal isolation of a rock star. #1 hit "Another Brick In The Wall Pt. 2,

(1969)2016 EU reissue on 180g 2LP=A fan favorite ever since its release in 1969, the double-album Ummagumma gives Pink Floyd fans the best of both worlds. The eclectic set's first half features four live songs captured in Birmingham and Manchester that do

( 1966-67 ) 2016 EU reissue on 180g white vinyl LP -A great deal for Pink Floyd lovers-- the original version of Interstellar Overdrive (about 20 minutes long) and Nick's Boogie (about 10). It is wonderful to hear the genius of the madcap Syd Barrett. fe.

( 1975 ) 2016 EU remastered on 180g vinyl LP = the 9th studio album by English progressive rock group Pink Floyd, released in September 1975. Inspired by material they composed while performing across Europe, it was recorded over numerous session...