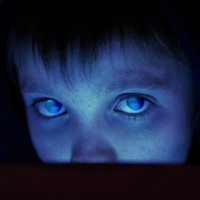 Porcupine Tree are an English rock band formed by musician Steven Wilson in 1987. The band began essentially as a solo project for Wilson, who created all of the band's music. However, by 1993, Wilson desired to work in a band environment, and so brought on frequent collaborators Richard Barbieri on keyboards, Colin Edwin on bass and Chris Maitland on drums as permanent band members. With Wilson still in charge of guitar and lead vocals, this would remain the lineup until 2001, when the band recruited Gavin Harrison to replace Maitland on drums.

Porcupine Tree's early sound evokes a style of psychedelic rock comparable to that of progressive rock band Pink Floyd. Upon signing with Kscope record label in the late 1990s, the band approached a more mainstream alternative rock sound. By the early 2000s, the band signed to a major record label and shifted their sound again, this time in a more progressive metal direction.

After the release and tour in support of their tenth studio album, The Incident, the band became inactive as Wilson began to focus on his solo career. While not formally broken up, they also have no particular reformation plans beyond "someday", with members all working on separate projects, and Wilson committing himself to his solo work through most of 2015.

( 2005 ) 2018 EU remaster 180gram 2LP - Including the hits singles ’Shallow’ and ’Lazarus’, plus other popular songs ’Open Car’ and ’Arriving Somewhere But Not Here’. The album has been remastered by Steven Wilson. Featuring guest appearances from Adrian

( 1999 ) -2013 EU reissue 180 gram vinyl 2LP= Including "A Smart Kid" . Stupid Dream , Porcupine Tree has unveiled a real beauty here showing why they are quickly becoming one of the most celebrated progressive rock acts today.

( 1997 ) 2017 EU remaster reissue on 180g vinyl 3LP, featuring bonus tracks not included on the original CD, such as 'Radioactive Toy' and 'Up The Downstairs', presented in a gatefold packaging.

( 1996 ) -2017 EU reissue 180 gram vinyl 2LP ="Signify" is regarded by Porcupine Tree (and many fans) as one of the finest works from the band and established them as a highly respected force in the musical underground.