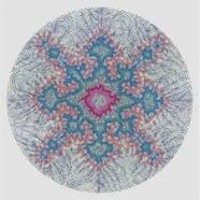 Red Hot Chili Peppers is an American band that combines funk, rap, punk and pop to rock. The band was founded in 1983 in the Californian city of Los Angeles.

The Red Hot Chili Peppers are best known for their album Blood Sugar Sex Magik (1991), Californication (1999), By the Way (2002), Stadium Arcadium (2006) and the most recent I'm With You (2011). Known singles include Under the Bridge, Otherside, Californication, By the Way, Dani California and Snow ((Hey Oh)). In 2012, the Red Hot Chili Peppers were introduced into the Rock Hall of Fame.

( 1991 ) 2012 EU reissue on vinyl 2LP-The band hadnt yet broken Anthony Kiedis was exploring acting the evidence his cameo in Point Break Then the Peppers went touchyfeely and multiplatinum with ballads such as Under the Bridge T...

(Originally released in 1989)2009 EU reissue on LP-The Chili Peppers finally hit their stride with Mothers Milk for the first time making their breakneck mix of funk rap and metal smooth enough to attract the masses while keep...