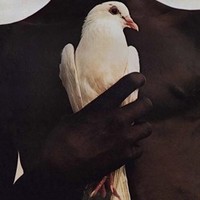 Santana is a Latin rock band. Founded in San Francisco during the late 1960s, it is based around the compositions and playing of lead guitarist and founder Carlos Santana. The band first came to widespread public attention when their performance of their Latin rock song "Soul Sacrifice" at Woodstock in 1969 provided a contrast to other acts on the bill. This exposure helped propel their first album, also named Santana, into a hit, followed in the next two years by the successful Abraxas and Santana III.

( 1977 ) 2020 reissue 180g 2LP coloured vinyl, features a mix of studio and live recordings and includes their version of The Zombies classic 'She's Not There'.

( 1983 ) - 2018 reissue on VINYL LP- The 3rd Carlos Santana solo album marks a surprising turn toward 1950s rock & roll and Tex-Mex, with covers such as Bo Diddley's "Who Do You Love" and Chuck Berry's title song. The album features performances by Booker

( 1974 ) 2018 EU reissue on vinyl LP -with tracks like the beautiful masterpiece "Samba Pa Ti" and the hard rocker "Hope Your Feeling Better," As one of the most enduring albums in their massive career catalog, Santana’s Greatest Hits also in...

( 1970 ) - 2016 EU reissue on vinyl LP-one of the best known Santana records and Peaked at 1 in Billboard Top 200 including the huge single " Black Magic Woman" . Santana made clear that there was no such thing in his music as 'mindless conformity' and t

( 1999 ) 2018 reissue on 180g 2LP = the 18 th studio album by Latin rock band Santana, originally released in 1999. Santana's Supernatural is a collection of songs and collaborations between Carlos and a number of other great musicians including Rob Thoma