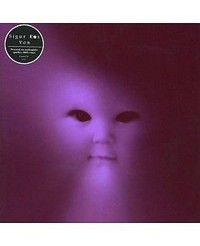 Sigur Rós an Icelandic post-rock band from Reykjavík, which has been active since 1994. Known for its ethereal sound, frontman Jónsi Birgisson's falsetto vocals, and the use of bowed guitar,[2] the band's music is also noticeable for its incorporation of classical and minimalist aesthetic elements. The band is named after Jónsi's sister Sigurrós Elín.

(2008)-2021 EU reissue on 180g vinyl 2xLP-Inspired by the unfettered feeling of the acoustic performances filmed during 'Heima', the album glows with the 'perfect imperfection' of live takes, the sounds of fingers playing guit...

( 2012 ) 2021 EU reissue on 180g vinyl 2LP - Icelandic Band Achieves Atmospheric Beauty, Bliss on Sixth Effort =In English, Valtari translates as “steamroller,” and there is something right about the title in terms of the process of its creation. ...