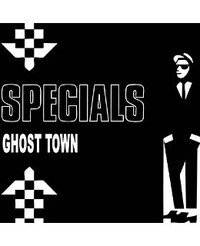 True innovators of the punk era, the Specials began the British ska revival craze, combining the highly danceable ska and rocksteady beat with punk's energy and attitude, and taking on a more focused and informed political and social stance than their predecessors and peers.

20000- 2020 repressing on yellow vinyl LP -Special Limited Edition 12” vinyl from the only ska band that mattered, The Specials. Features the all time classics “Ghost Town,” “A Message To You Rudy” and “Gangsters” plus demo recordings of the tracks "Simm