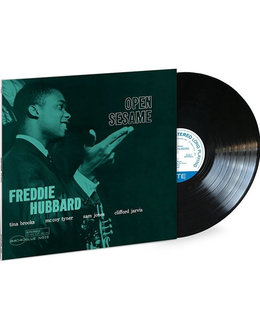 2019 Blue Note 80th anniversary reissue on 180g LP– This is one of those stunning Blue Note records where the musicians mesh and the tunes arrangements and solo get as close to perfection as one can Alternate takes of both Tina Brooks tunes are added to the original album Produced by Alfred Lion Recording engineer Rudy Van Gelder.

Tracks:
A1 Open Sesame
A2 But Beautiful
A3 Gypsy Blue

Highlights of the set include the hard-charging title track, a stunning ballad performance on “But Beautiful,” and a grooving version of “One Mint Julep.”

This Blue Note 80 Vinyl Edition is all-analog, mastered by Kevin Gray from the original master tapes, and pressed on 180g vinyl at Optimal.