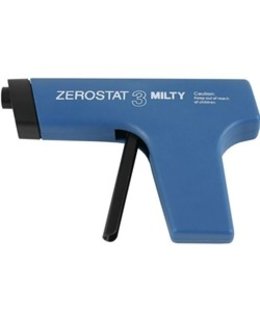 This amazing little device known as the Zerostat Antistatic Gun is an antistatic generator which has numerous applications in any microscopy laboratory Just squeeze the trigger of the Zerostat and a steady stream of ions is released The magic comes f...

What does it weigh
The net weight of the Zerostat gun is 135g. The unit is highly portable and easy to control and handle