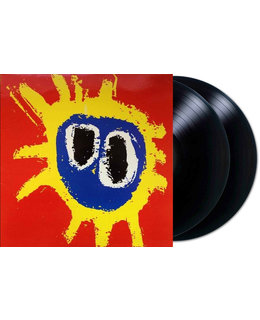 There's no underestimating the importance of Screamadelica, the record that brought acid house, techno, and rave culture crashing into the British mainstream, an impact that rivaled that of Nirvana's Nevermind, the other 1991 release that changed rock. Prior to Screamadelica, Primal Scream were Stonesy classic rock revivalists with a penchant for Detroit rock. They retained those fascinations on this release, one listen to the Jimmy Miller-produced, Stephen Stills-rip "Movin' on Up" proves that, but they burst everything wide open here, turning rock inside out by marrying it to a gleeful rainbow of modern dance textures. Original artwork, gatefold sleeve, 180g vinyl.

Tracks:
A1 Movin' On Up
A2 Slip Inside This House
A3 Don't Fight It Feel It

B1 Higher Than The Sun
B2 Inner Flight
B3 Come Together