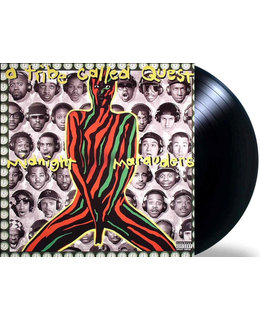 As long as there is hip-hop, debate will rage as to which album by A Tribe Called Quest is their finest. Of course, they're all superb, but 1993's "Midnight Marauders" - their third full-length - may well be the best of all. That's a big call, but we'd ask any doubters to give it another listen. The New York crew is in particularly fine form on the mic throughout, while the backing tracks, which make great use of crunchy, head-nodding beats and hundreds of superb, hand-picked samples, are amongst the most intricately produced, groovy and deep ever committed to wax. It's one of those hip-hop sets that should be in the collection of any committed music head, and not just rap fans.