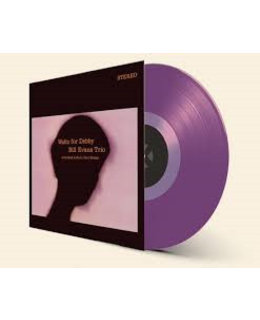 2018 EU reissue of the 1961 LP pressed on 180g purple coloured vinyl= inclu. a version of Miles Davis classic "Milestones". with bonus track I "Love your Porgy." recorded live at The Village Vanguard in New York in 1961.

This was the final recording from the line up of Evan's Scott LaFaro & Paul Motian & includes a version of the Miles Davis classic Milestones. with bonus track I Love your Porgy. Sealed and stickered.

Tracks:
A1 My Foolish Heart
A2 Waltz For Debby
A3 Detour Ahead

B1 My Romance
B2 Some Other Time
B3 Milestones
B4 I Love You, Porgy (bonus track)