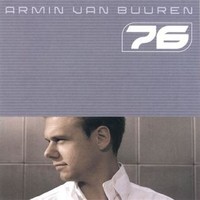 Armin van Buuren (1976 - ) is a Dutch DJ and record producer from Leiden, South Holland. Since 2001, he has hosted A State of Trance (ASOT), a weekly radio show, which is broadcast to nearly 40 million listeners in 84 countries on over 100 FM radio stations. Van Buuren has won a number of accolades. He has been ranked the number one DJ by DJ Mag a record of five times, four years in a row.

( 2008) - 2021 EU reissue on 180g vinyl 2LP=release of the critically acclaimed third album of Armin Van Buuren, Imagine, including the fan favorite single “In And Out Of Love”, featuring Sharon den Adel of Within Temptation.

( 2015) - 2021 EU reissue limited to 2500cps 180g coloured vinyl Embraceis the sixth studio album by Dutch trance DJ and producer Armin van Buuren. The album features hits like “Another You (ft. Mr. Probz)”, “Off The Hook (ft. Hardwell)”, “Looking For You

( 2013 ) - 2019 EU reissue 180g vinyl 2LP=The 2-LP release of the critically acclaimed fifth album of Armin Van Buuren, Intense, including the Grammy Award-nominated single “This Is What It Feels Like”. Through 15 sparkling songs, he intrigues, fascinates

( 2021) - 2022 EU reissue on vinyl 2LP=Armin van Buuren selects the best tracks which he supplements with his own favorite trance hits. Trends come and go, but Armin van Buuren is rightfully still one of the most successful DJs in the world!
The connecti