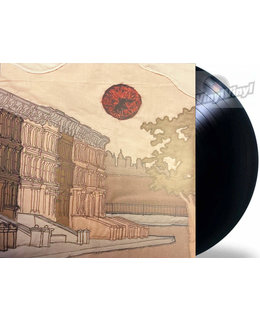 These albums are a soundly articulated slice of modern American life rolled into two very different records. The new songs are bursting with all of the rough edges and heartfelt poetry for which Bright Eyes records have earned their acclaim, while exposing a glorious new level of depth and texture to the writing and delivery. Recorded back-to-back and scheduled to be released simultaneously, the albums work in tandem to elucidate both sides of Conor’s recent creative output. I’m Wide Awake, It’s Morning is a country-tinged mélange of Conor’s finest acoustic songs, featuring guest vocal appearances from Emmylou Harris and Jim James (My Morning Jacket), whereas Digital Ash in a Digital Urn is a more produced, band-centric album featuring cameo appearances by Nick Zinner of Yeah Yeah Yeahs

Bright Eyes' Conor Oberst continues to earn his reputation as our most respected young troubadour with almost frightening ease. For the past few years he's been tagged "rock's boy genius" by the music press. These albums are a soundly articulated slice of modern life rolled into two very different records, both bursting with all the heartfelt poetry for which Bright Eyes' records have earned their acclaim. Of course, the rough edges haven't gone away - the palpitation of a splintering note, the crack of a voice as it overextends, the clumsy thump of a misplaced thumb. It's all still there. But there's a glorious new level of depth, a maturation of texture, writing and delivery. His best work yet.

Chris Cornell No One Sings Like You Anymore =180g vinyl =