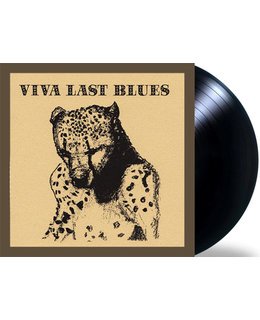 -After the dead-Okie solo ballads of the previous full length release, Will Oldham (Mr. Palace himself) got an under-rehearsed band together and set them loose in the studio. Steve Albini's bare bones production is in plain view as drums scrape into the guitars with all the finesse of a basement tape. "More Brother Rides, " "Viva Ultra," "The Brute Choir," and "Work Hard/Play Hard" are the most rhythmic tracks Oldham's ever attempted and the improvisatory nature of the songs allow for some unexpected surprises (Liam Hayes' piano is a loose canon likely to veer off into another song while Bryan Rich's lead work is curiously incompetent at best). --Rob O'Connor
Discs: 1
Drager(LP,EP,12,7,CD): EP
Qual(120grs,150grs,180grs): standard
Speed(33,45): 33rpm
Label: Drag City/ Domino
This release: 1995/2012

Bonnie ' Prince ' Billy Master and Everyone