Nederlands
Home Is This The Life You Really Want =2LP= 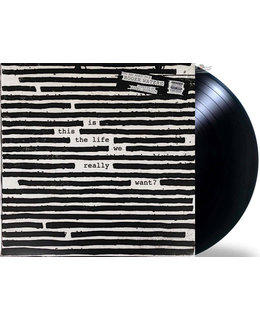 Roger Waters, the creative power and song writing force behind Pink Floyd, returns with his first rock album in 25 years, Is This The Life We Really Want? Waters' last studio album, 1992's Amused To Death, was a prescient study of popular culture, exploring the power of television in the era of the First Gulf War. The long-awaited follow-up is an unflinching commentary on the modern world and uncertain times and serves as a natural successor to classic Pink Floyd albums such as Animals and The Wall.

Tracks:
LP1:
A1 When We Were Young
A2 Déjà Vu
A3 The Last Refugee

B4 Picture That
B5 Broken Bones

LP2
C6 Is This The Life We Really Want?
C7 Bird In A Gale
C8 The Most Beautiful Girl