Nederlands
Home It's My Life 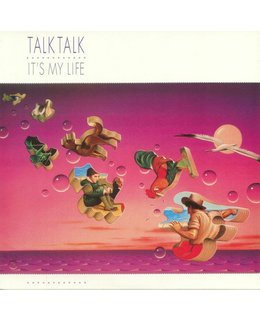 2017 EU reissue on standard LP - The band's breakthrough second record, 1984's It's My Life, saw the arrival of producer and multi-instrumentalist Tim Friese-Greene, who became a significant creative force in the band and an unofficial fourth memb...

Label:  PARLOPHONE
Availability:   In Stock
Delivery time:
€21,95 Incl. VAT (BTW)
Release date: 31-10-2017(orginally released in 1984)
2017 EU reissue on standard LP - The band's breakthrough second record, 1984's It's My Life, saw the arrival of producer and multi-instrumentalist Tim Friese-Greene, who became a significant creative force in the band and an unofficial fourth member for the remainder of its existence. It's My Life saw the band seek a less synthesized sound and less New Romantic image, which included keyboardist Simon Brenner leaving the band. The new sound gave the band commercial success, with the title track becoming a hit on both sides of the Atlantic. It went on to be covered by No Doubt in 2003 reaching number 10 on the US Billboard Hot 100 and remaining on the chart for 28 weeks.
Tracks:
A1 Dum Dum Girl
A2 Such A Shame
A3 Renée
A4 It's My Life
B1 Tomorrow Started
B2 The Last Time
B3 Call In The Night Boy
B4 Does Caroline Know?
B5 It's You
Talk Talk began as a quartet consisting of Mark Hollis (vocals), Simon Brenner (keyboards), Lee Harris (drums) and Paul Webb (bass guitar). They were generally associated with the New Romantic movement; more specifically, in their early years, they were often compared with Duran Duran, as both bands not only featured a double-barreled name and a Roxy Music-inspired musical direction, but also shared the same record label (EMI) and producer (Colin Thurston). Active from 1981 to 1991, the group had a string of international hit singles. In their later years the band's commercial appeal receded, and their critical reputation increased as they moved from synth-pop to a more experimental form.
Discs: 1
Drager(LP,EP,12,7,CD): LP
Qual(120grs,150grs,180grs): Standard
Speed(33,45): 33
Label: PARLOPHONE
Originally released: 1984
This release: 2017