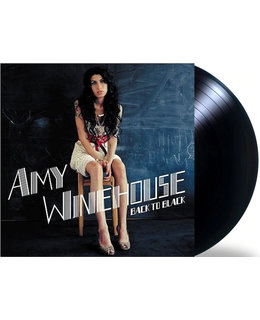 2007 EU issue pressing on 180g vinyl LP - Ivor Novello award winner Mercury Music Prize and triple Brit nominee Amy Winehouse confirmed what a truly remarkable talent she is with the followup to her platinum selling debut album Frank including the singles Rehab, You Know Im No Good, Back To Black,  Tears Dry On Their Own & Love Is A Losing Game, presented in a picture sleeve with picture / lyric inner.