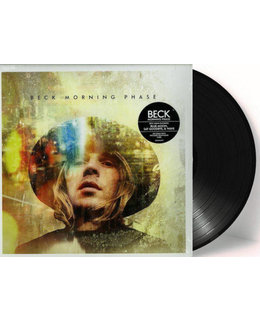 2016 EU repress on 180g LP+ download - Morning Phase is true to its title: the beginning of yet another amazing chapter in Beck's peerless career and catalogue. Featuring musicians who have backed him on many of his most acclaimed albums, as well as the current live shows widely hailed as the best of his career (Justin Meldal-Johnsen, Joey Waronker, Smokey Hormel, Roger Joseph Manning Jr., and Jason Falkner), Morning Phase harkens back to the stunning harmonies, song craft and staggering emotional impact of Beck's most classic ballads, all the while surging forward with undeniable optimism.