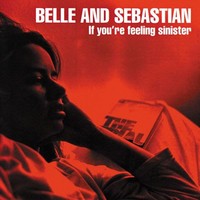 Belle & Sebastian is a Scottish tweepop group. The first few albums were heavily inspired by 60s pop and 80s indie bands like Felt and The Smiths.

The group's name comes from the series of stories about Belle et Sébastien the Frenchwoman Cécile Aubry. The stories are about an orphan boy, Sebastien, and his white dog, Belle.

The group was founded in 1996 in Glasgow by Stuart Murdoch and Stuart David. In 1998 she won a Brit Award for Best Newcomer. Although she had always had a loyal cult following until that time they really broke outside Britain only by the release of their sixth studio album Dear Catastrophe Waitress. They were nominated in 2004 for the prestigious Mercury Prize, but Franz Ferdinand, also from Glasgow, went there with the price off. Their latest album Write About Love came out in October 2010.

1996-2018  EU reissue on standard LP= Led by Stuart Murdoch, Belle and Sebastian offer up a largely acoustic folk-pop sound with deep roots in the '60s. Their guitar-and-piano arrangements are often filled out by luxurious trumpets and strings, but the cl

1998 EU issue vinyl LP= This 1998 album (their third) from these Glaswegian tunesmiths is another invigorating slice of poetic pop, containing a collection of songs once again peppered with witty and idiosyncratic lyrics and infectious melodies. inclu..