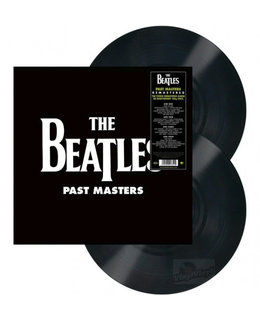 Tracks:
A1 Love Me Do
A2 From Me To You
A3 Thank You Girl
A4 She Loves You
A5 I'll Get You
A6 I Want To Hold Your Hand
A7 This Boy
A8 Komm, Gib Mir Deine Hand
A9 Sie Liebt Dich
B1 Long Tall Sally(Johnson, Penniman, Blackwell)
B2 I Call Your Name
B3 Slow Down(Williams)
B4 Matchbox(Perkins)
B5 I Feel Fine
B6 She's A Woman
B7 Bad Boy(Williams)
B8 Yes It Is
B9 I'm Down
C1 Day Tripper
C2 We Can Work It Out
C3 Paperback Writer
C4 Rain
C5 Lady Madonna
C6 The Inner Light
C7 Hey Jude
C8 Revolution
D1 Get Back
D2 Don't Let Me Down
D3 The Ballad Of John And Yoko
D4 Old Brown Shoe
D5 Across The Universe
D6 Let It Be
D7 You Know My Name (Look Up The Number)

note:
"Love Me Do" (Original Single Version), "She Loves You," "I'll Get You," and "You Know My Name (Look Up the Number" Presented in Mono